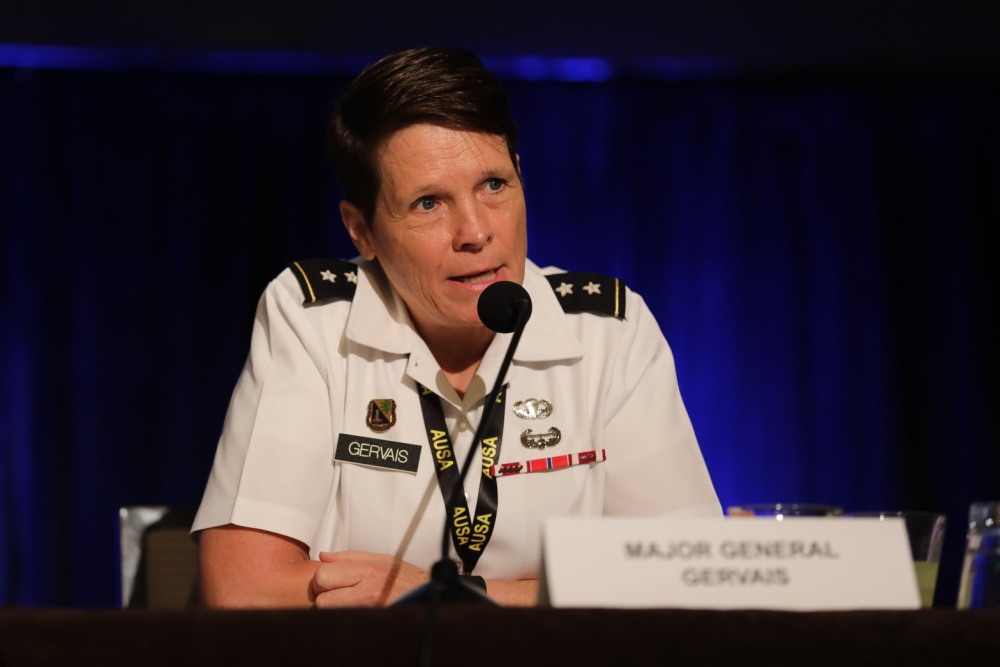 If anything is clear in the military training and simulation field, it is that the military and its partners in industry and academia are redefining how warfighters prepare for next generation warfare.  And they are doing it at breakneck speed.

One of the principal drivers of this progress is Major General Maria Gervais, the Director of the Army’s Synthetic Training Environment Cross-Functional Team (STE CFT).  Tasked with rapidly expanding warfighter access to ever-improving simulated training and mission rehearsal capabilities, Maj. Gen. Gervais sat down with Modern Military Training at IITSEC 2019 to talk about the achievements that she has presided over in just one year’s time, and what that means for what we can expect from the STE CFT in the near future.

Specifically, Maj. Gen. Gervais highlighted the progress she and her team have made on two key programs, both of which answer a critical warfighter need.

The first program is the Squad Advanced Marksmanship Trainer, which has been deployed to 24 installations and will achieve full operational capability this month.  “We did that in less than a year.” Gervais noted, addressing what she called “an immediate gap that we had in…close combat formations for advanced marksmanship.”

Anticipating future progress, Gervais also remarked upon the headway that her team has made on the One World Terrain concept, which will give warfighters the ability to more easily bring accurate, real world terrain from anywhere on the globe into their simulated training environment, making their training that much more realistic and better able to simulate real operating conditions.

Previously, the General told us, to do that was a very manual process that would cost “a million and a half dollars” and a year and a half to build a particular environment.  “What’s really exciting is that we’ve developed a little prototype and a process to…put it in the hands of soldiers really quick.”

To get Maj. Gen. Gervais’s full remarks, including her goals for the CFT, watch the video below.