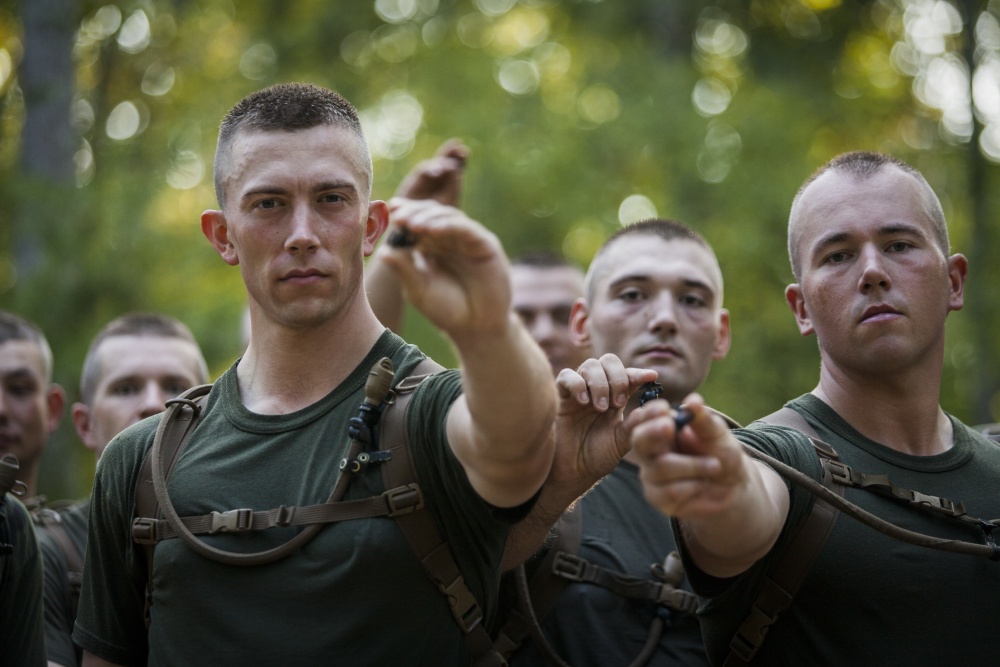 Over the past few months, the Marine Corps has been working to fundamentally rebuild itself. After two decades serving as “the nation’s second land army” in Afghanistan and Iraq, this year’s Commandant’s Planning Guidance aims to shift the Corps back to its historic role as a “naval expeditionary force-in-readiness”—ready to be the first deployed into a contested maritime space, support fleet operations, and the first to fight if needed, which will reshape Marine Corps training.

This reorganization, which will likely yield a Marine Corps that operates very differently than it has for the past two decades, was necessary, according to Marine Corps Commandant Gen. David Berger. “The current Marine Corps is not optimized for great power competition,” he told an audience at The Heritage Foundation earlier this month. In order to support maritime forces in sea denial missions and to contend with adversaries that can more effectively dispute their signals environment, Gen. Berger envisions a Marine Corps that is widely distributed across Areas of Responsibility. These areas cover everything they need to execute their missions already on hand, as well as additional electronic warfare capability and being more signals-focused, even at the expense of traditional combat roles.

In order to meet the goals laid out in the Commandant’s Planning Guidance, the Marine Corps will need to consider how its training regimen needs to change to accommodate the new model.

Firstly, since the Commandant’s plan calls for getting rid of legacy capabilities that are more “built for another Desert Storm” than naval-based expeditionary warfare, the experienced personnel that manned and operated those systems will need to be moved laterally into other specialties that will contribute to the Marine Corps’ renewed mission. And that will require a shakeup of those Marines’ careers and the training that will make it possible for them to make that jump.

This, in other words, means that the Corps needs to consider ways to expedite learning for these experienced personnel so that they can take on their new military occupational specialties (MOS) as quickly as possible.

Combined with the Commandant’s Planning Guidance prescription for more Marines to work as electronic warfare specialists and with drones, an approach similar to the Navy’s Sailor 2025 initiative’s Ready Relevant Learning could make it easier for Marines as they train up in their new MOS’s, going back to review material or progressing to more advanced training from wherever they happen to be deployed.

A particular consideration that could be considered is a cloud-based visual training system that would offer Marines a means to learn about the complexities of the MOS that they are to be transferred to without needing the physical equipment. For example, a Marine would not need an actual multimillion dollar drone available if he or she could simply use readily available cloud-based visual files.

The necessity for retraining personnel so extensively makes clear how game changing the Commandant’s Planning Guidance will be for the service. However, the necessities for fighting the next great power conflict requires these actions.

Besides, these changes shouldn’t phase Marines, according to the Commandant’s spokesperson, Maj. Eric Flanagan. Even if their MOS is phased out, Flanagan said, they still have a shot at becoming the sergeant major of the Marine Corps.

To learn more about the impact that cloud-based visual systems can have on training, click here.

3 Ways to Achieve Extreme Interoperability in LVC Training and Avoid One Size Fits All Approach
Military Appreciation Month: Striving for Greatness Both in and Out of the Cockpit
Sailor 2025 Helps Military Get Away from Industrial Age Learning
Q&A: Immersive Display Technology Grabs the Spotlight at Display Summit 2017