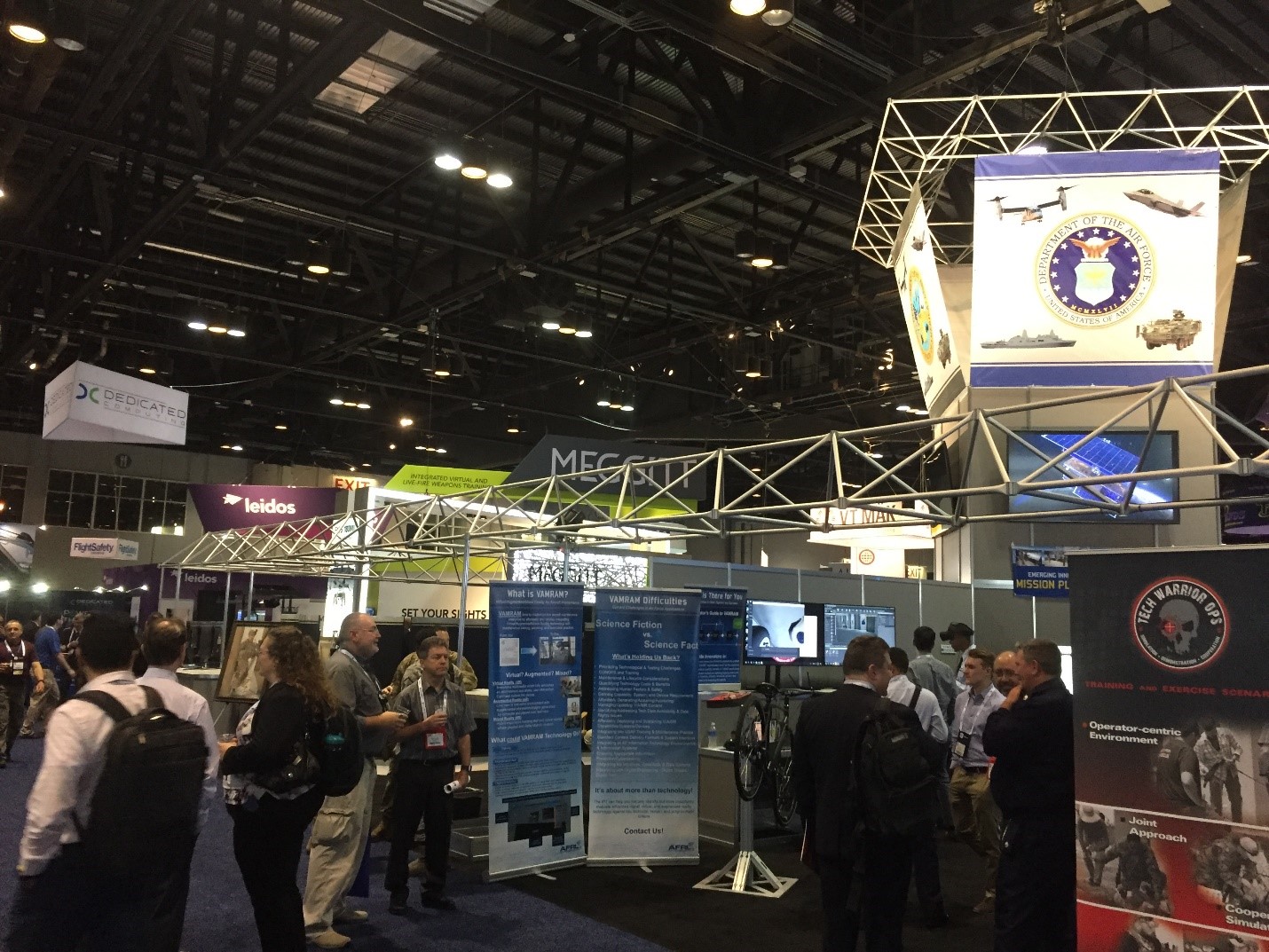 We’ve closed the book on Day 2 of I/ITSEC 2019, where military leaders stressed why they need to work together with industry to deliver innovative training solutions. The Modern Military Training team sat in on an international, joint service panel of general officers tasked with training and education, and of course the Keynote address with General Stephen W. Wilson, Vice Chief of Staff of the Air Force, and Mark Matthews, President of Quantum3D Government Systems.

As General Stephen Wilson, Deputy Chief of Staff of the Air Force, officially opened the conference, he set the tone for the day, emphasizing how we need to maintain a breathtaking pace of innovation in order to contend with future peer competitors, against whom we would be the “David, not Goliath.”

Here’s a few ways that the conference responded to that call to action:

Between General Wilson’s remarks and in discussion with senior leaders from within the service, the Air Force made it very clear that it has prioritized creating a better, more dynamic, more responsive experience as it does business with its industry partners. Recounting a pitch day that the Air Force hosted in New York City recently, in which they awarded millions of dollars in contracts on the spot, General Wilson remarked that one industry participant praised the pitch day process, saying it was so streamlined that “it’s faster to get on contract with the Air Force than get a beer in New York City.” 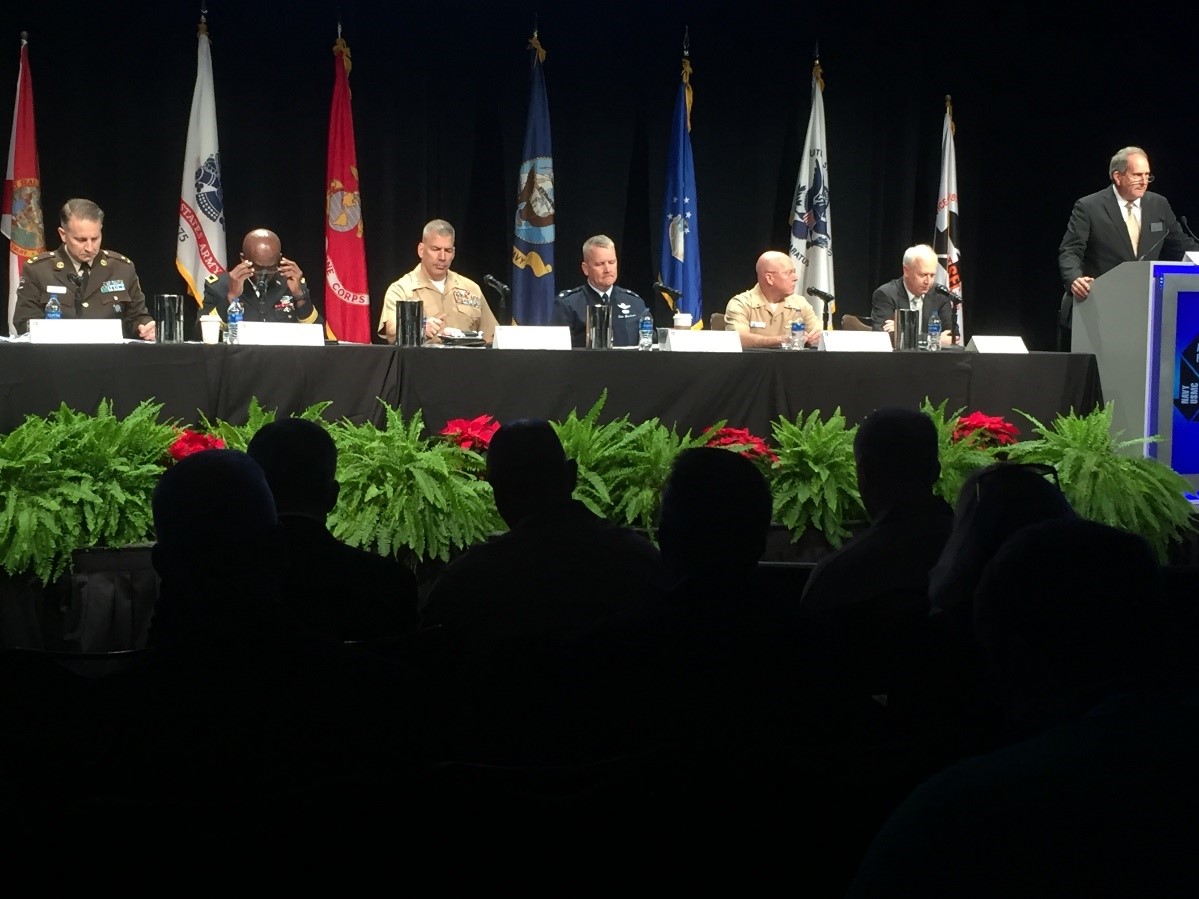 Major General James Jacobsen, the Deputy Commanding General of the Air Force’s Training and Education Command, added further color around the relationships that they want to build with industry innovators who are pushing the limit of what’s possible in LVC and synthetic training environments. As he works to get acceptance of the technologies, he told conferees that “I actually need your help” to “convince the unconvinced” within his service by showing them concrete examples of the technologies in action and solid evidence of the benefits they provide.

Next up on day two of #IITSEC, Air Force A3 Operational Training O-6 panel providing an opportunity for participants to engage with leaders involved in shaping the implementation of technology across the #USAF enterprise to increase readiness & lethality. pic.twitter.com/Uf5H6bVR3T

The same sentiment held true across the services, as well. The Commanding General of the Marine Corps Training and Education Command, Major General William Mullen, added that for the first time in his tenure, “training education is on par with organizational manning of units” in the Corps’ priorities. “That’s never happened before,” he emphasized. 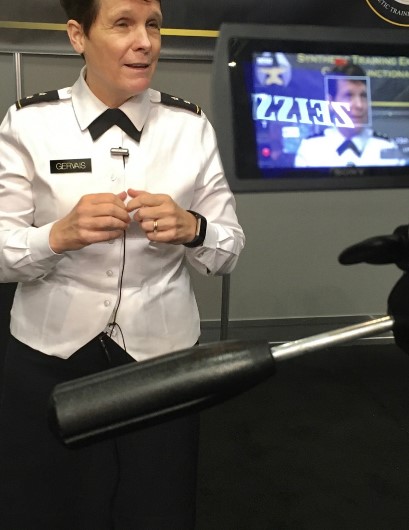 The Modern Military Training team had the opportunity to sit down with Major General Maria Gervais, director of the Army’s Synthetic Training Environment Cross Functional Team. She shared an update on how her team and industry are working together to solve the challenges of the warfighter and get technology in their hands sooner. She echoed the need for industry collaboration and shared that she is very excited that industry is working on helping solve the training challenges of today with emerging technologies.

The editorial team walked the IITSEC floor today talking to industry experts about collaborating with military and bringing the innovation and emerging technology needed to achieve training realism, training effectiveness, and enable multi-domain operations. Watch what these experts had to say here:

Looking forward to what’s in store for tomorrow at I/ITSEC 2019! Follow us on Twitter and subscribe to our newsletter for regular updates from this year’s show.

VIDEO: Military and Industry Advance Training and Readiness Through Collaboration at IITSEC →