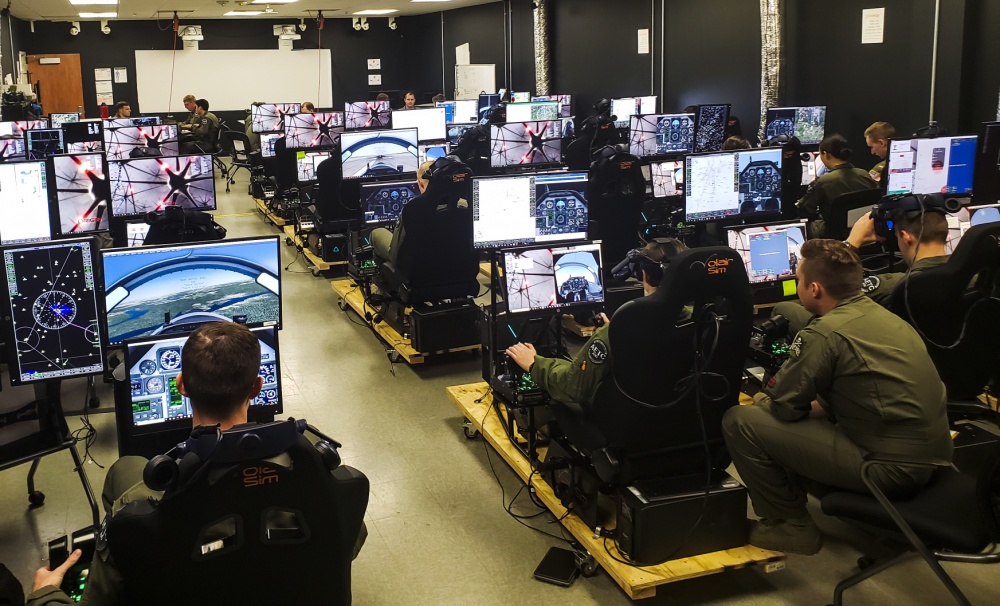 The shortage of pilots in the military service is not a new problem, but it is one that the U.S. Air Force is taking very seriously. At a recent Air Force Association Air, Space, & Cyber Conference, several Air Force leaders took to the stage to discuss how the service planned to meet the demands of the future to compete, deter, and win. Ongoing, effective systems to train pilots as they fight is part of the answer.

Modern Military Training editors sat down with industry experts from the training industry for another perspective on the challenges that impact pilot training. In discussions with these experts, the importance of training access and meeting the pilot where they are, along with concurrency, was highlighted as critical components to boosting pilot training effectiveness.

The Air Force has invested in the recruitment and retention of pilots in the service and, while the numbers are improving, especially with partnerships among the total force, there are fewer resources yet more missions. Gen. Miller said today there are “36 percent fewer aircraft and 37 percent fewer people…and 15 percent more missions than just three to four years ago.”

In order to move the pilots through training while accelerating proficiency, they need more access to training.

“Giving pilots access to training where they can participate from home or in available training devices moves them through the pipeline faster,” according to John Scorsone, Director Strategic Campaigns for HII Mission Driven Innovative Solutions HII-MDIS, Technical Solutions Division.

There are many ways to train, each of which has a cost continuum from least expensive to most expensive, and from stand-alone cockpit to high-fidelity simulators to flight of the aircraft, Scorsone explained. “Ideally, you want to give the student maximum access to training across the entire continuum of training devices which are rapidly modernized to be current and operationally relevant with live aircraft operations.”

While flight training with a certified pilot instructor is costly, the ability to train in a simulated environment that is close to live training is ideal. It is also important to note that the current generation of students is  used to a digital world where gaming, augmented reality, and learning from YouTube videos are everyday realities. “The services are looking for new ways to get pilots through the pipeline by identifying point of need training and adaptive learning combined with virtual and mixed reality training tools, for greater training effectiveness,” Brantley explained. “This environment helps adapt the training to the student, rather than the student to the training.”

These efforts help shorten the training cycle to get pilots into the field.

A Focus on Concurrency

The efforts of training a pilot on a system is wasted if the training that is provided is not in lock-step with the system that is in the aircraft. If the simulator is outdated or delayed in providing the updates in the cockpit of the aircraft, there is a lack of concurrency. This is one of the greatest risks associated with training programs and one that the Air Force is starting to address.

“Historically, software updates are provided for an aircraft and simultaneously provided to the simulator provider who then needs to convert it over into simulation software and then load it into the simulator trainer,” Brantley explained. “That delay from when the pilot can run the same software in the trainer as in the aircraft can take anywhere between 12-24 months.”

“We want to get ahead of that delay,” Brantley said. “As a developer of both the aircraft and the simulator software, we use our CORE™ simulator architecture, which has been extended to an aircraft architecture, to enable all flight operation code and simulation code to be in lock-step with each other.” This collaboration between aircraft code developers and simulation code developers working from the core architecture reduces the lag time to zero in some cases, and up to three months, according to Brantley.

Pilot Training for the Future of Speed

As pilot training continues to evolve to ensure concurrency and integrate adaptive learning and emerging technologies for maximum access, it needs to continue to keep up with the sheer speed of development. “Pilot training needs to move the way the rest of the world is moving,” Scorsone told us. “Let’s create a better way to get aviators the training tools they need to learn on their own, using training devices that are fielded before their aircraft are modified.”

But the future of training can’t push forward without a partnership between government and industry. Together, the needs of pilot training can be addressed to prepare pilots for readiness today and into the future.

Thoughts on a New Model for Training Investment Decisions
LVC Today: Embracing Virtual Training on a Global Scale
Investments in Military Training Continue to Grow Despite Budget Cuts
LVC, Security, and the USMC: The Road Ahead