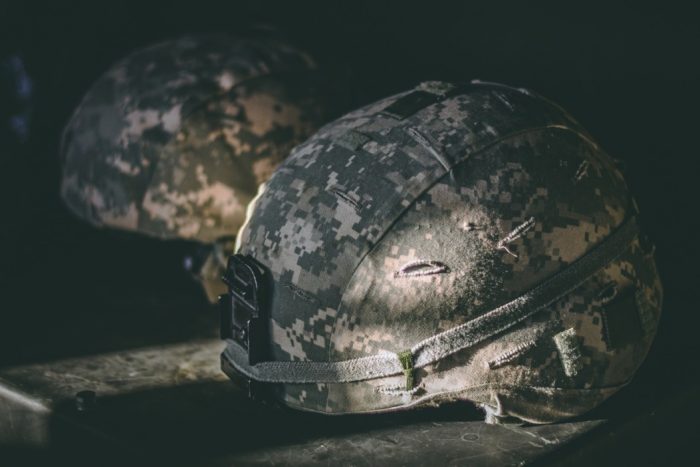 Facing the Challenge of Concussions in Military Training and Performance

{Editors Note: As a regular contributor on Modern Military Training, Dr. Faubert is the Director of the Visual Pyschophysics and Perception Laboratory at the Université de Montréal, Canada and holds a number of patents, in the U.S. and internationally, on technologies related to vision, brain function, virtual reality, and human performance. In this recent article, he examines the impact of concussions in military training and performance.]

Concussions have attracted a great deal of attention in professional sports in recent years. However, compared to an athlete, the problems for a warfighter associated with head injuries are much more serious and challenging. Here we will discuss the impact of concussions during military training and performance and look at potential solutions for modern military practices.

A Common and Complex Injury

Mild Traumatic Brain Injuries (mTBI) are the most common brain injury affecting military personnel. According to the Defense Department, more than 80 percent of TBIs are “mild” TBIs. They are also one of the least understood conditions. Some mTBIs have progressive long-term effects, with increasing evidence that a single concussion can lead to brain atrophy or accelerate neurodegeneration. Associated diseases such as CTE (chronic traumatic encephalopathy) involve behavioral changes, executive dysfunction, memory loss, and cognitive impairments that progress stealthily over time.

The most likely head injury in combat results from explosive blasts, but the effects can often be inadvertent. For example a vehicle hits a bomb, rolls over, and causes head injuries inside or outside the vehicle. However, when it comes to concussions suffered in military service in general, about 85 percent of all concussions actually happen in some sort of training environment. So even outside of war time, concussions remain a significant problem.

Compared to civilians, service members are at significantly increased risk for sustaining head injuries. They are typically at the peak risk in terms of age and gender, and many operational and training activities involve factors which can expose soldiers to mTBIs. Also, outside of duty, many young men and women enjoy recreational activities, such as contact sports, which also add to the overall chances of sustaining one or more concussions over time.

When it comes to concussions acquired in a military combat situation, there are many additional challenges such as lack of sleep, mental fatigue, and a high state of stress. These are all factors which can exacerbate the symptoms of mTBIs, as well as worsen recovery outcomes. More critically, PTSD is a condition which can overlap with mTBIs sustained in the combat zone.

After returning from one or multiple tours of combat, veterans with lingering mTBI effects can face the difficulties of a variety of debilitating symptoms. The stigma attached with cognitive impairments creates further issues. Like football or hockey players, warfighters are naturally inclined to “tough it out,” and feel uncomfortable seeking out medical help. These factors combined make recovery procedures much more difficult than for other types of injuries.

Overall concussions represent a common, complex, and serious threat to soldier performance, as well as to short and long term health. Historically this has likely been under-recognized. In fact, according to Military Times, mTBIs may be the most common and least understood of all military injuries.

Similar to the change of mind-set happening in sports, the US military has been realizing the long-term problems of concussions in recent years. As a result, they have been working progressively with health care providers to improve their approach to treatment, along with stepping up screening procedures.

A key factor for minimizing the on-going effects of mTBIs is to ensure that soldiers are actually able to function well, before putting them back into full duty. If they return prematurely, severe symptoms can be triggered, stalling recovery and putting both the soldier and their team at risk.

Unlike other physical injuries, the complexities of the brain make it particularly difficult to know when an individual is ready to perform at their best. This is the same problem faced in sports, because from a performance perspective, a lack of symptoms does not necessarily equate to recovery.

Any progressive solutions should ideally incorporate a cognitive assessment that can: firstly, provide meaningful cognitive measurements; secondly, simulate the mental demands of performance in the field; and thirdly, do this in a safe and controlled environment. A further need would be to also provide a means to actually accelerate recovery at a neurological level.

The perceptual-cognitive domain of neuroscience is one that merges sensory perception with the neural processing required to meaningfully interpret information coming into the brain. I have done a lot of research on stereoscopic dynamic visual processing, and see this to be particularly relevant to mTBIs. This is because the neural processes that manage dynamic scenes are complex, and involve many regions throughout the brain. This makes perceptual-cognitive systems relevant for detecting the myriads of subtle influences that a concussion can have on mental functions.

A specific assessment method we created at the Faubert Lab is called NeuroTracker. This delivers a 3D multiple object tracking task, which uses speed thresholds to measure high-level cognitive abilities. For example measures on this task have been shown to clearly differentiate elite athletes from amateur athletes, and from college students. It has also been shown in multiple studies to provide robust and rapid improvement of broad high-level cognitive functions, including working memory in military personnel, as well as transfer to real-world performance.

Consequently, this particular assessment has garnered much interest from leading concussion researchers, with many on-going studies investigating its potential to monitor and manage mTBIs.

The University of Victoria undertook a large study which showed that this perceptual-cognitive task could be used to establish normative population baselines which can potentially detect the on-going effects of post-concussion syndrome. Another study revealed that NeuroTracker measures significantly correlate to other standardized concussion assessments.

I believe there could be a lot to offer here for determining Return-to-Action readiness during post-concussion phases. This is because of the flexible range of specific skills that could be assessed with regards to performance in the field. In terms of avoiding putting soldiers back to full duty prematurely, this objective approach could be pivotal for avoiding relapse of symptoms, as well as ensuring the safety of the soldier, and those around them.

As Director of the non-profit Faubert Applied Research Centre, I would be very keen to hear from any military scientists interested in pursuing such research from an applied perspective, as well as to provide scientific support for any studies.

Interested in contributing on Modern Military Training? Reach out to our editorial team here.

The Impact of Emerging Technologies on Training
I/ITSEC 2019: RADM Robb Speaks to the Value of Immersive Training to the Warfighter
Cybersecurity Training Methodology for Military
LVC News Roundup: Augmented and Mixed Reality are Changing the Game for Military Training Programs 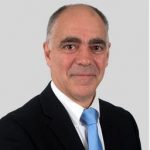 Dr. Jocelyn Faubert is the Director of the Faubert Laboratory at the Université de Montréal, Canada, and Director of the non-profit Faubert Applied Research Centre. He is a professor at the university’s School of Optometry, and is also a member of the Biomedical Engineering Institute and the Institute for Neurosciences Research. Dr. Faubert holds a number of patents, in the U.S. and internationally, on technologies related to vision, brain function, virtual reality, and human performance. Professor Faubert has been involved in the award-winning technological transfer of research and developments from the laboratory into the commercial domain.